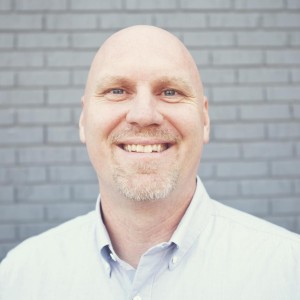 As we return from another Missionary Kid (MK) retreat, this one in Croatia, we are so grateful to see firsthand what God is doing around the world. We started the year in Nairobi, Kenya with a retreat for all the families working with Live/Dead Arab World. Missionary families live in some of the most difficult places on earth, and yet they love being where God has placed them. They face challenges that we will never fully understand. They live with continual risk, difficulties, rejection, alienation from friends and family, and yet they push on, in obedience to God’s calling.

In 2016, we have also had retreats in Thailand (for our families in Northern Asia), Costa Rica (for youth MKs in Latin America and the Caribbean), Israel (for families in Russia and Belarus), and till yesterday, Croatia (for families in all of Europe). I am amazed at the MKs that come through AGWM. We are so blessed with amazing families.

In Croatia, we had approximately 150 MKs (4 months through high school). Ministering to these young MKs were 18 young adult MKs, and 5 other American volunteers. Each one of them raised their own funds to come and minister to these kids.

MKs in college recognize the support they received as young MKs, and they do everything they can to give back to the MK program that invested so much in them. In Croatia, the youth program was led by two European MKs, Luke Turley and Austin Henderson. Luke, a current Chi Alpha missionary in Chicago, was raised in Belgium through high school. Austin was raised in the Canary Islands, with his parents currently serving in Vienna, Austria. Austin just graduated last week from SAGU. He spent his first week after graduation investing in the next generation. The elementary program was led by Daine Bean, MK from Slovakia, and current children’s pastor at Life360 church in Springfield, MO. Each of these leaders brought such a powerful presence of God! One young MK told her mom, in the car ride today, that this retreat was “life-changing”. That pretty much sums up what God did this week for ALL the MKs.

ISMK has MKs from all over the world, spending their own money to make a difference in the lives of the next generation! Leaders are being born. Leaders are being released in ministry! Our prayer is that kids are filled with God and vision, families are strengthened, and the mission of the church is being pushed forward. We are so blessed to see MKs grow up to be amazing leaders. As MKs come and work at these retreats, the younger MKs are given great role models that have thrived in their MK experiences. Younger MKs are impacted for life! While the staff are growing leaders already, the younger kids will become the next generation of leaders in the Assemblies of God, and many of them in AGWM.

Pray with us, as we head into the busiest time of the year. In the next few weeks, we will have another retreat in Ukraine, followed by our annual Missionary (Kid) Training, Missionary (Kid) Renewal, and the all-Asia Pacific retreat in Thailand. We covet your prayers for these kids, and for the leaders that are investing in each of them.